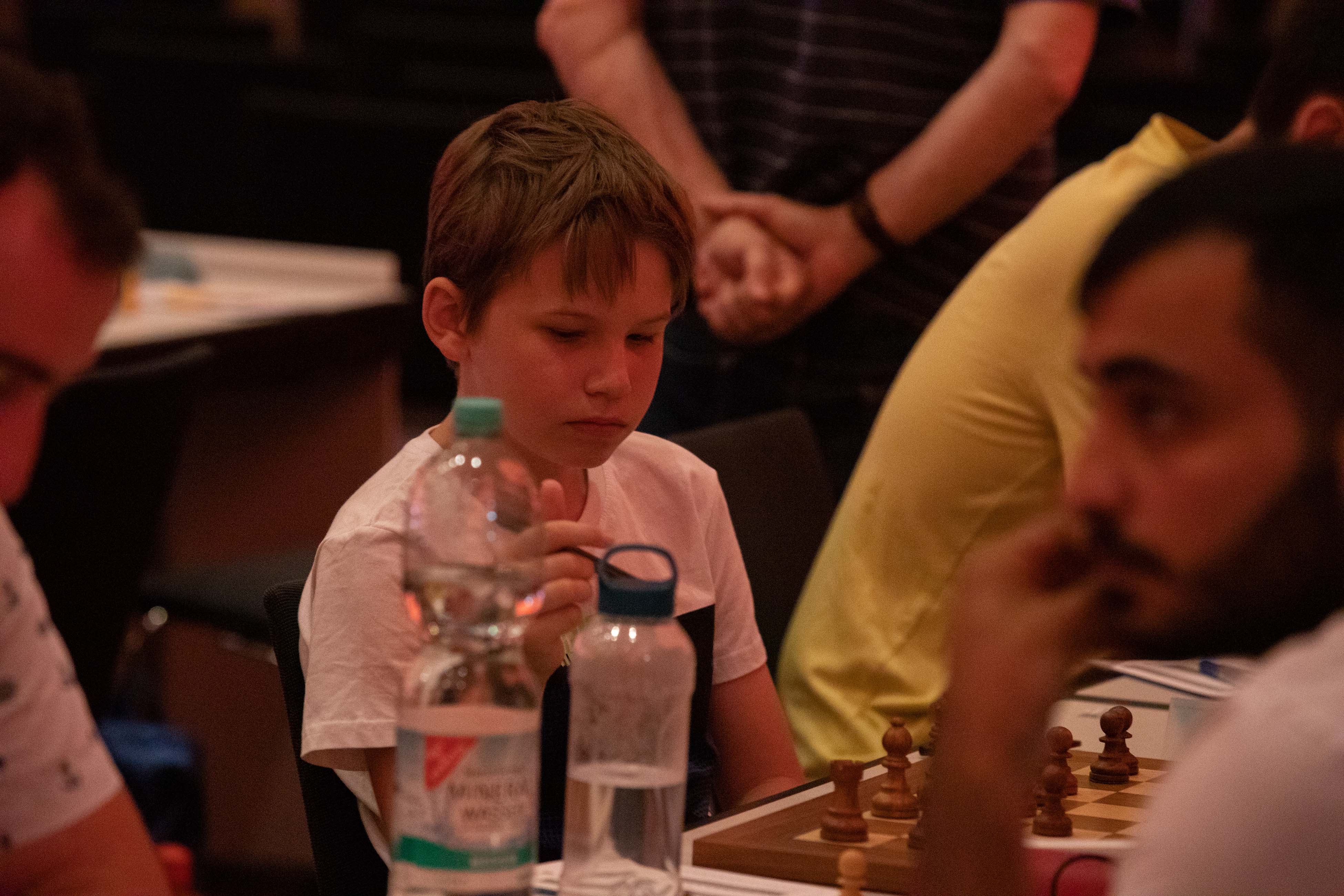 He led the entire tournament and secured the tournament victory with a draw in the last round: Congratulations to Artem Dyachuk!

The 13-year-old Ukrainian, who has been living in Hanover for a short time, started the tournament with 7 points from the first 7 games. In Round 8 he had to survive perhaps the only critical phase against his compatriot Bohdan Lobkin, but held on for a draw in the Queens endgame. In Round 9 Artem then played from a position of strength and secured the tournament victory with a draw.

Stefan Schwenke and Jonas Cremer were able to play their way to strong 7.5 points from 9 games behind the tournament winner with final round wins.