In the German Grand Prix national players will compete with the extended world elite. 10 grandmasters got invited and play a round robin tournament over 9 games.

All results on Chess Results: 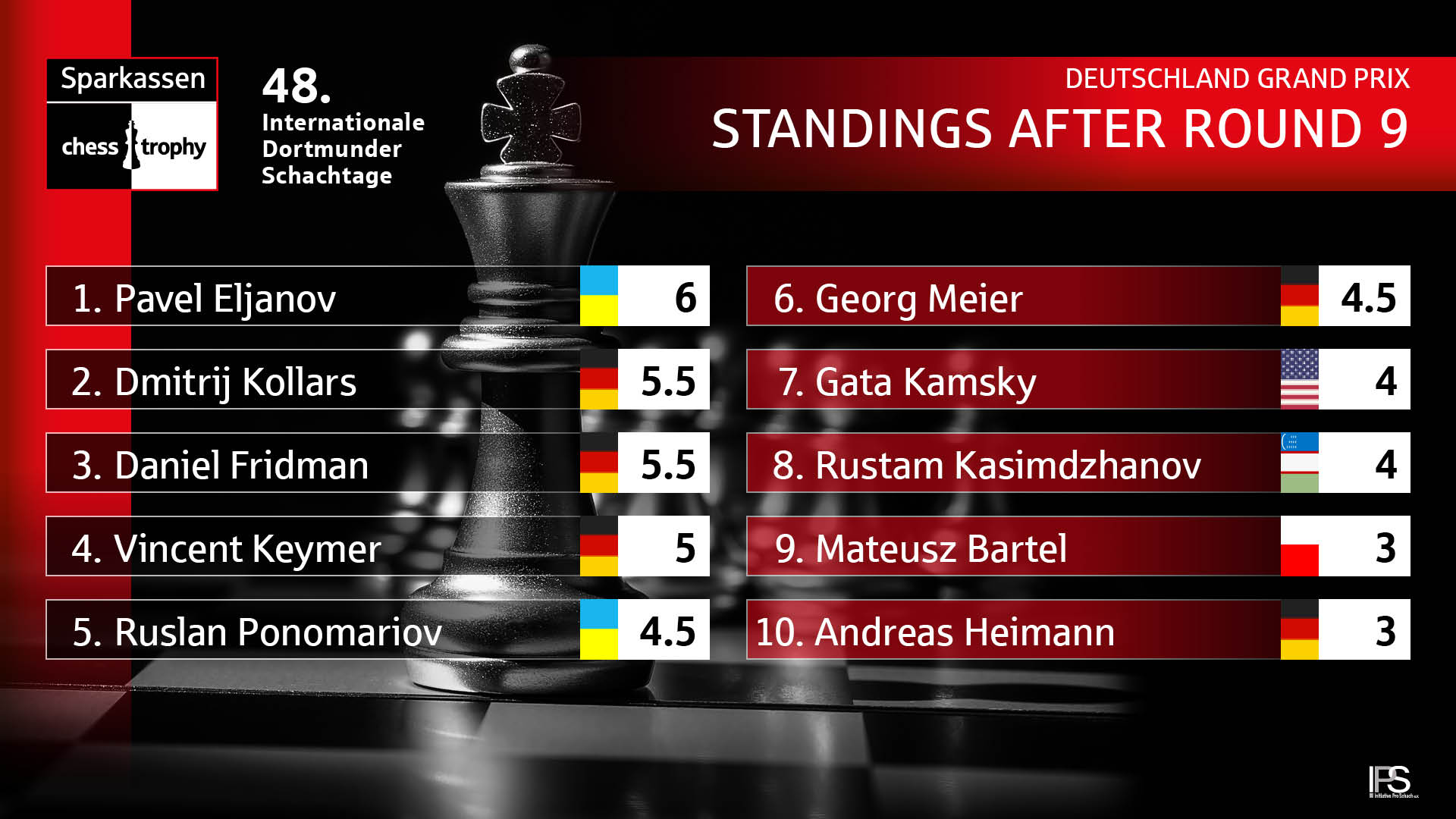