Carsten Hensel was the press officer for the Dortmund Chess Days from 1991 to 2002, at the same time taking care of the players' commitments and their support as well as working conceptually for the event. From 1990 to 2002 he was press officer for the city of Dortmund, responsible for social affairs, housing, youth, education, health, sport and major events. He was the manager of the 14th World Chess Champion Vladimir Kramnik from 2002 to 2009 and, in parallel, of the world-class player Peter Leko. He played a decisive role in the organisation of two final World Chess Championship matches. 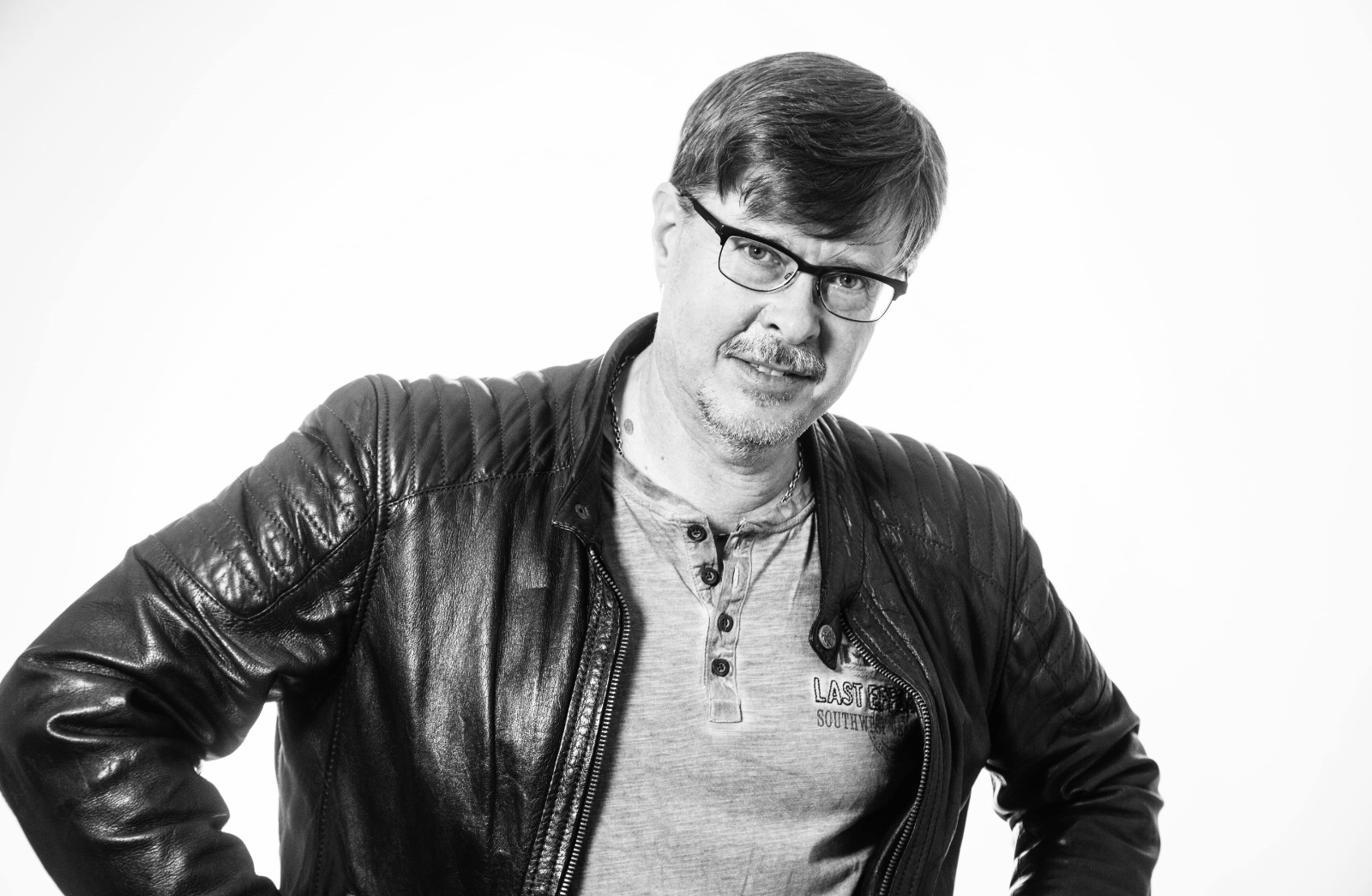 Andreas Jagodzinsky successfully completed his law studies in Bochum in 2005 and has been working as a lawyer since then. He is deputy head of the legal department of an internationally active group in the food industry. Jagodzinky is chairman of the Hemer Chess Club, was legal advisor to the German Chess Federation until 2015, and from 2017 to 2020 was the consultant for competitive sports at the DSB. 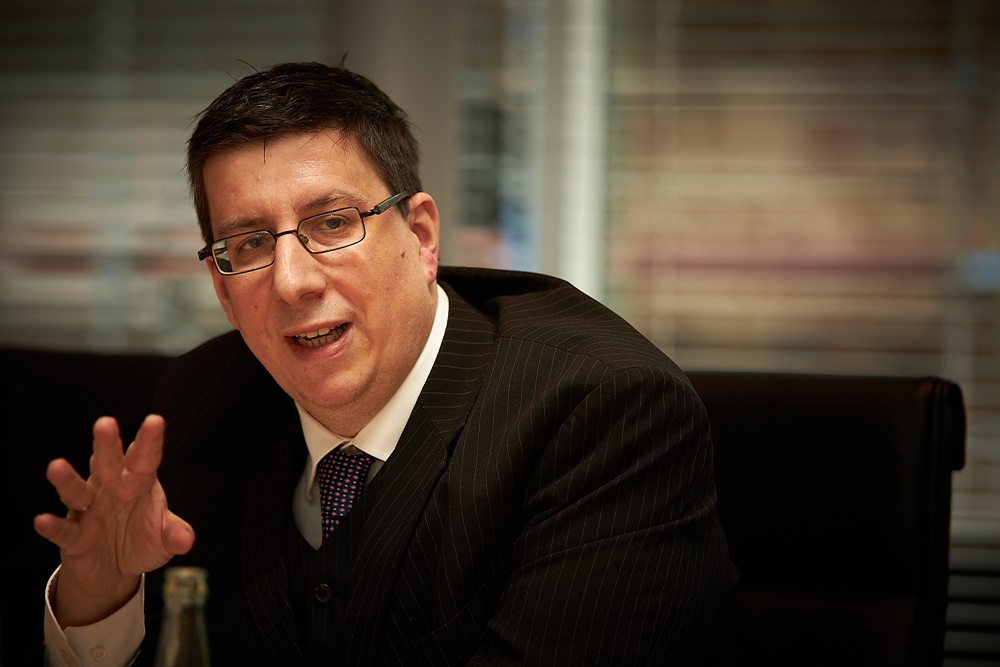 Stefan Koth has been working for the Dortmund Chess Days since 1994. Initially he took care of matters concerning the open tournaments. Since 2002 he has been the tournament director of the grandmaster tournament and has excellent connections in the players' field. In addition to organising Dortmund, he was match director of the World Championship match between Vladimir Kramnik and Viswanathan Anand, which took place in 2008 in the Art and Exhibition Hall of the Federal Republic of Germany in Bonn under the patronage of the Federal Government, in the person of Peer Steinbrück (former Federal Minister of Finance). This event is still considered the best-organised World Cup of all time. 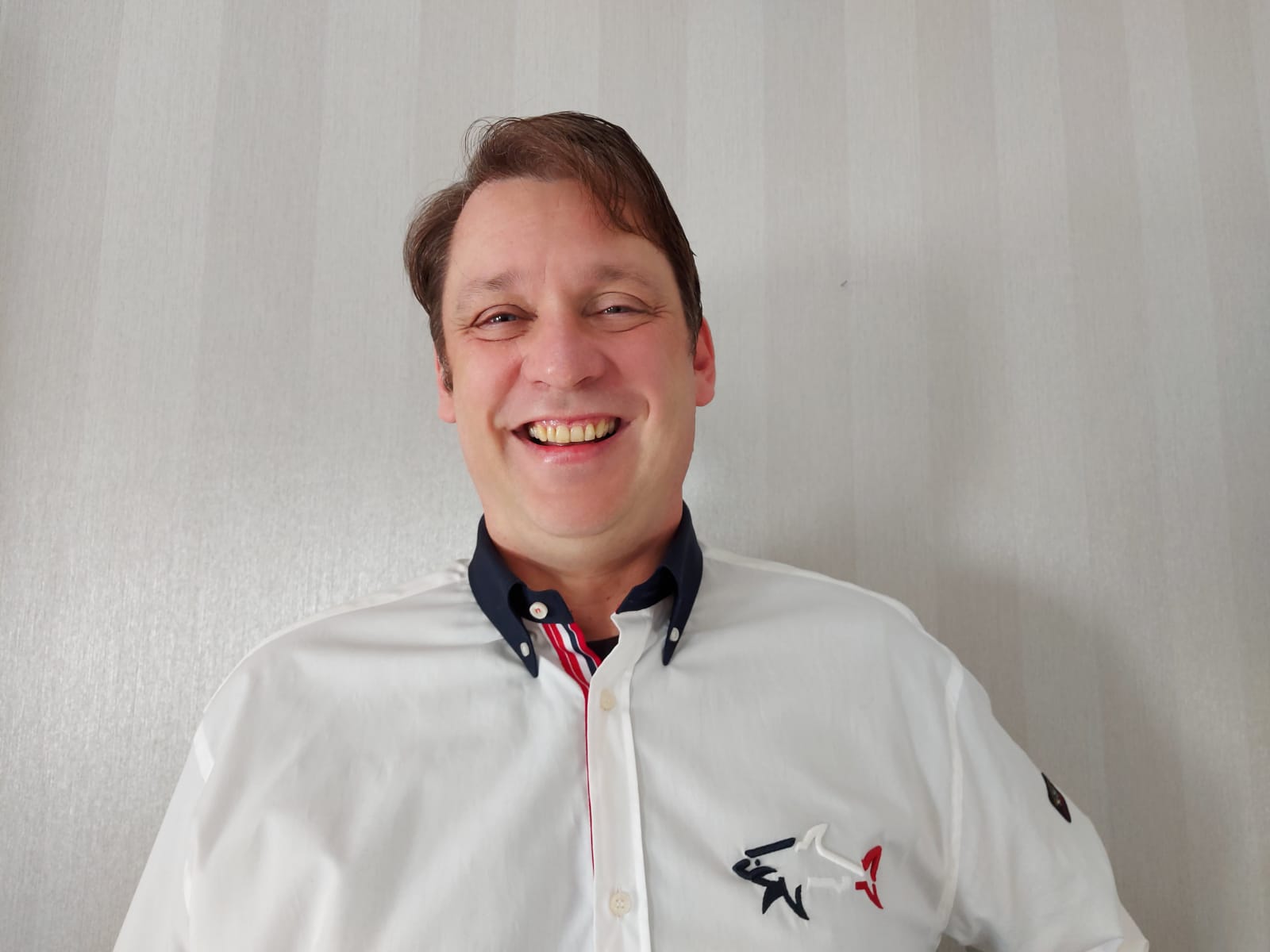 As an amateur player and sports enthusiast in general, Sebastian Hensel was already involved with various tasks in the organisation and implementation of the International Dortmund Chess Days at the end of the 1990s. This is how he discovered his passion for event organisation and his interest in the world of chess. Between 2012 and 2019, his involvement was put on hold due to professional and private changes.

Now Hensel has been working as a house and event technician at the German Football Museum since 2015. In 2019, with the new conception of the Sparkassen Chess Trophy, the opportunity arose to rekindle the old passion. Sebastian Hensel is now the technical manager in the event team and is responsible for the entire event technology in Dortmund. 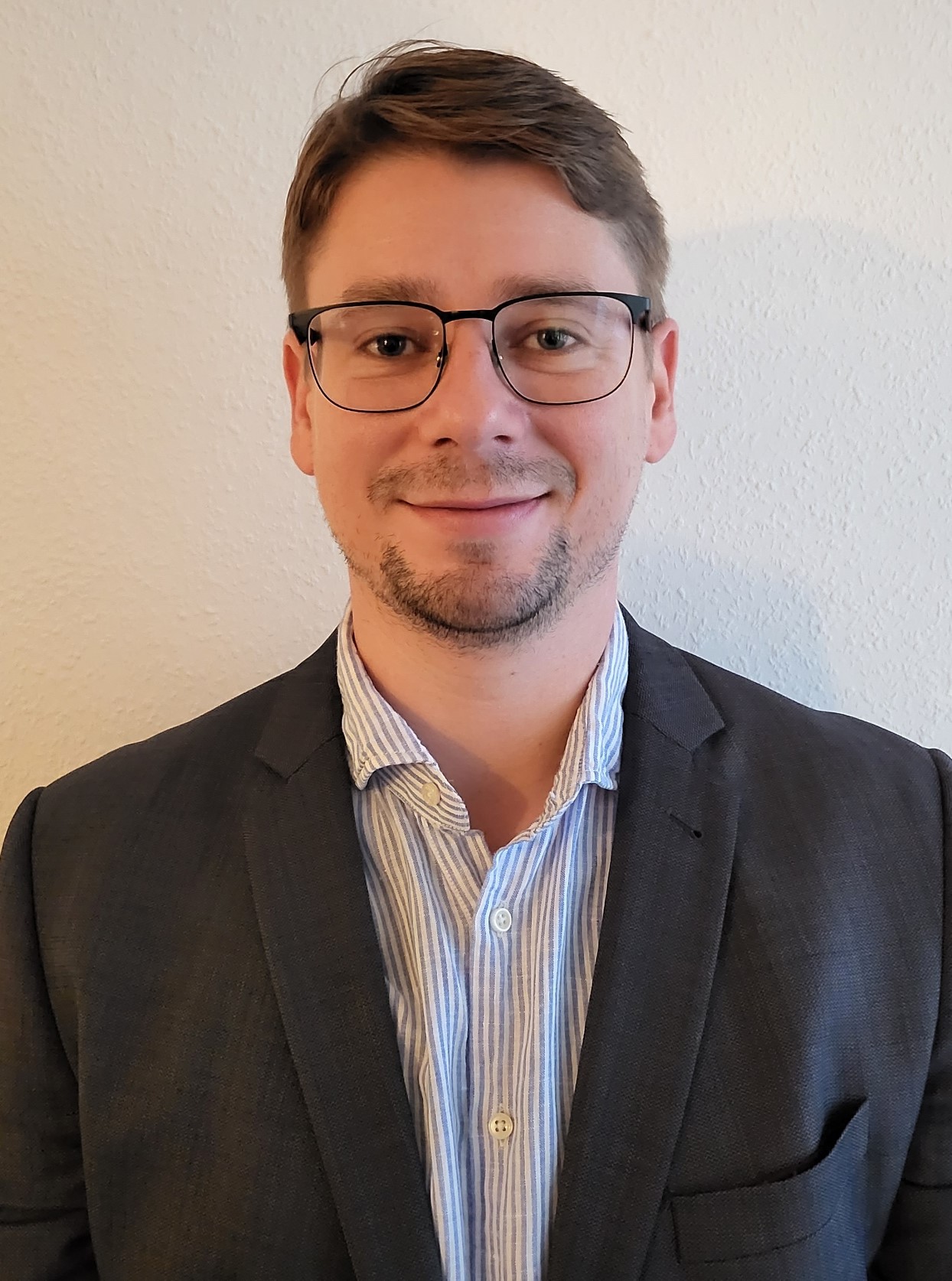 Patrick Zelbel is an International Master and, as a native of Dortmund, studied economics in his hometown. He has been working in the media industry since completing his studies in 2018. Zelbel occasionally writes editorial articles for various chess newspapers and has been known as an author for video formats on chess topics since 2020. As a successful tournament player, he has been active in the German Chess League for many years. He got to know the Dortmund Chess Days as a 9-year-old through his first participation in the open tournament in 2002. 2010 he was able to earn his third norm for the title of International Master in the Dortmund tournament. 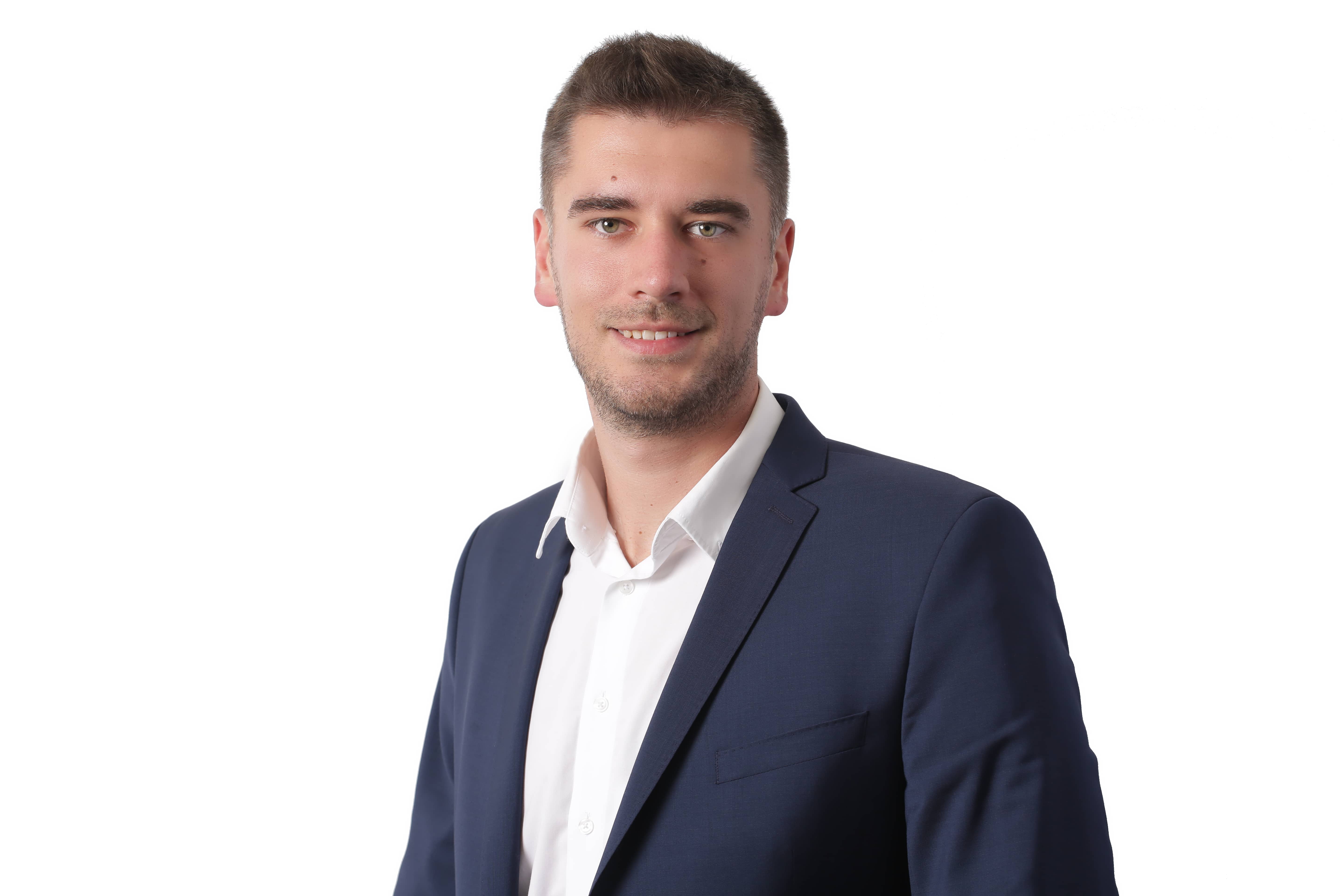 Vladimir Kramnik beat the legendary Garry Kasparov in London in 2000 to become the 14th World Chess Champion. He successfully defended his title in spectacular duels against Peter Leko (Hungary) and Veselin Topalov (Bulgaria) before losing it in Mexico City in 2007. Kramnik is one of the strongest chess players of all time and has won all major international tournaments several times in his career. He was particularly successful in Dortmund, where he won the grandmaster tournament ten times (!): a record for the ages! He ended his tournament career in January 2019. He lives with his family in Geneva. 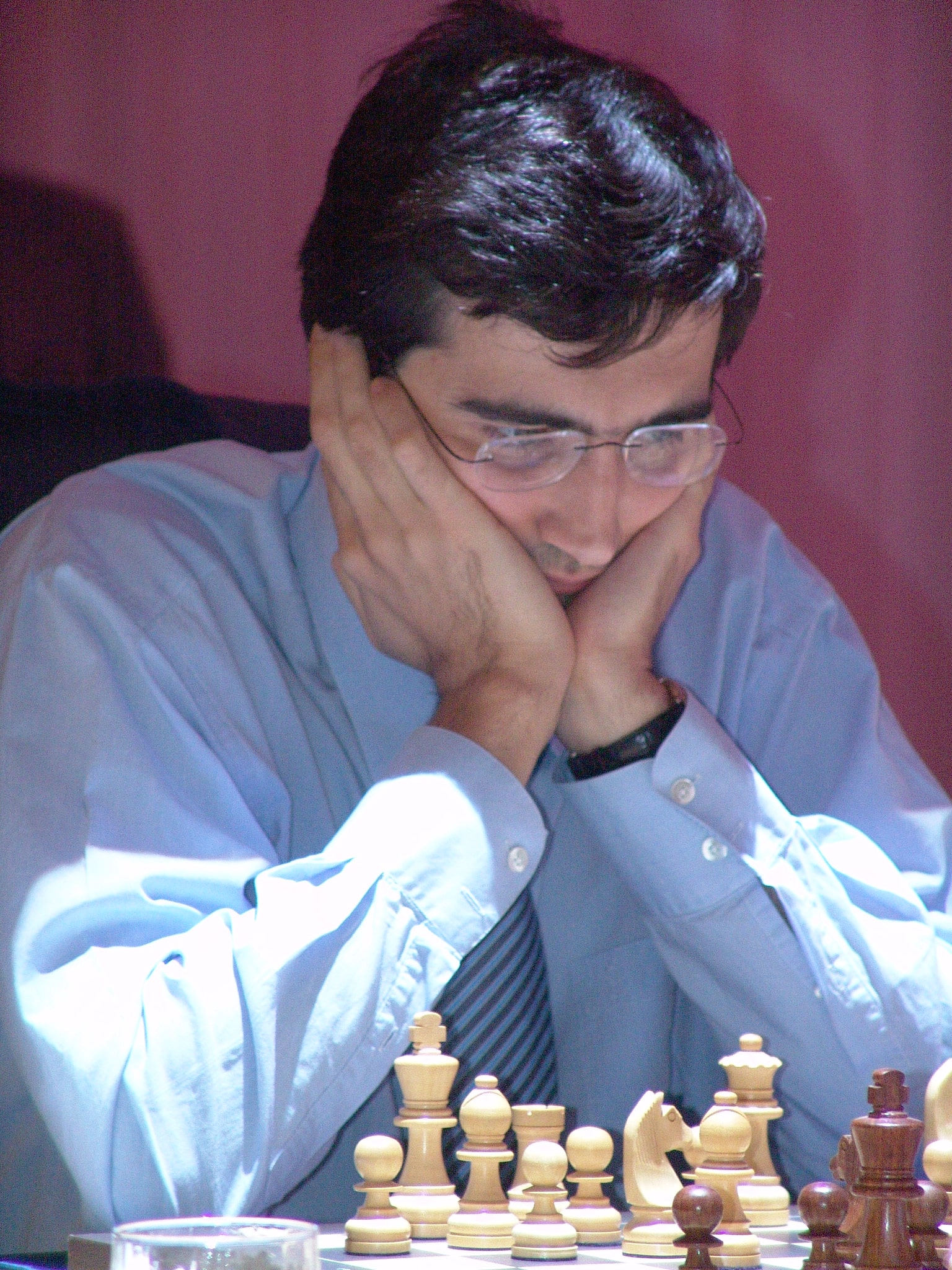 Ullrich Sierau, born in 1956, graduated as a graduate engineer from the Faculty of Spatial Planning at the University of Dortmund (including a semester abroad at Oxford Polytechnic), followed by a traineeship in urban planning in the state of North Rhine-Westphalia. This was followed by various positions in public service: among others, in the Ministry of Urban Development, Housing and Transport of North Rhine-Westphalia (finally as Ministerial Councillor), as Director of the Institute for Regional and Urban Development Research (ILS), from 1999 as Head of the Planning and Building Department of the City of Dortmund, City Director and then from 2009 as quite "independent" Lord Mayor of the City of Dortmund until 31 October 2020 (all in all 21 1/2 years in the service of the city and its citizens). In addition, various voluntary activities, e.g. in the area of One World politics such as fair trade.

Today, he is a self-employed entrepreneur and managing director of the consulting company AMBISCARA INSPIRATION in Dortmund-Hoerde, located in the Hörder Burg at the Phoenix-See in Dortmund. 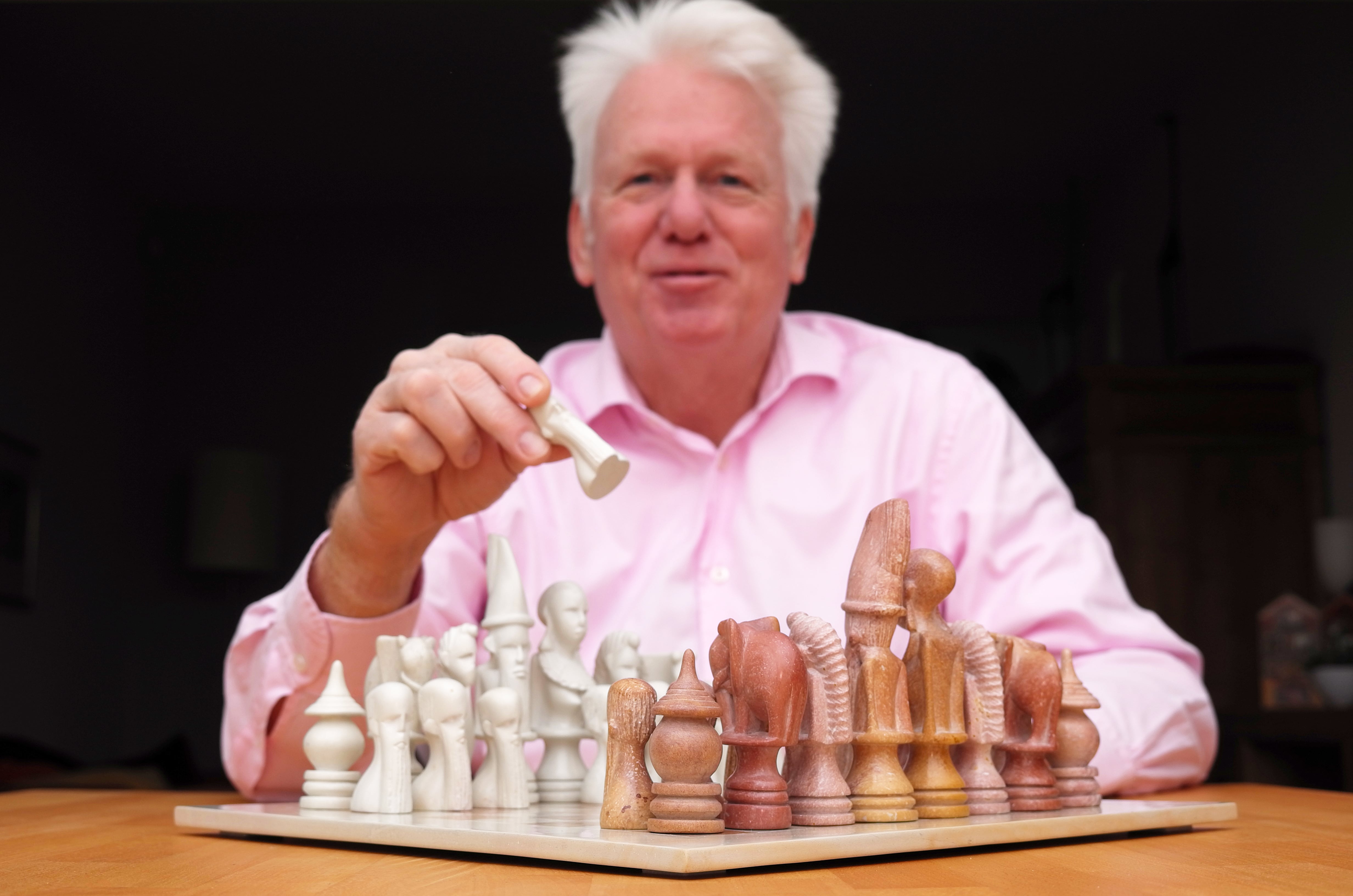 Marc Lang, born in 1969, has been an active chess player himself since the age of 11 and is now registered for the SF Plochingen in the 5th league, although no longer extremely active as a player. He is a FIDE Master in chess with an ELO rating above 2300. After studying mathematics at the University of Stuttgart, Marc Lang has been a self-employed web designer (www.gobsy.de) since 2000 and implements live broadcasts of the Schachbundesliga. In 2010, Lang set the European record in blindsimultan on 35 boards (19 wins, 13 draws, 3 losses), and in 2011 the world record in blindsimultan against 46 opponents (25 wins, 19 draws, 2 losses). This record was surpassed by GM Timur Gareyev in 2016 (48 boards).

For the International Dortmund Chess Days, he implements the website and provides support in all kinds of media work. 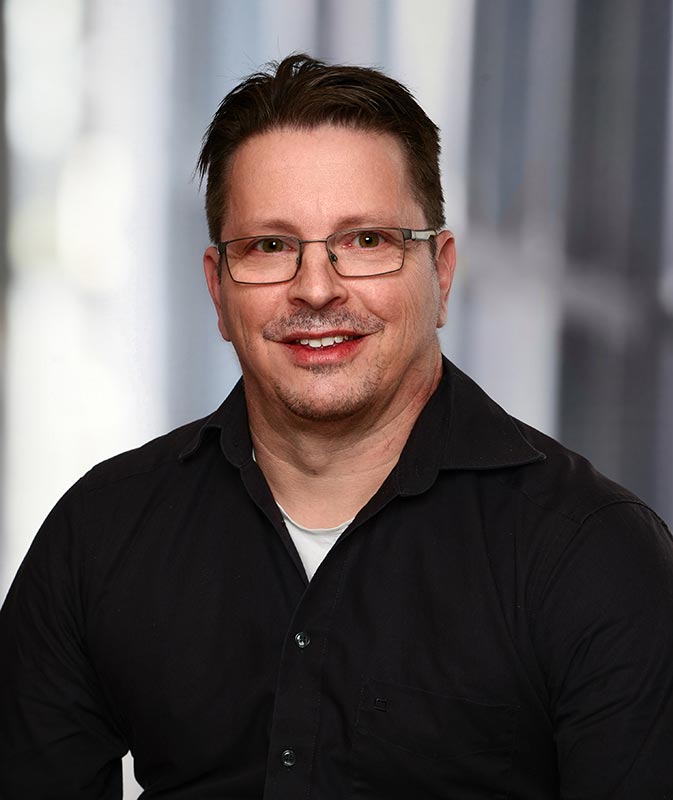 was born in Munich in 1965 and grew up there. She was born into the art world, her father a painter and her mother a master goldsmith. Since her grammar school days, Sabine Oecking has been involved in art, mainly figurative and abstract painting.

After training and an international career in the IT card, she has turned completely to art since 2013.

She has been running her own studio in Dortmund since 2013 and took classes at the art academy in Bad Reichenhall from 2013. In 2015 and 2016, she took the master class with Professor Adam Jankowski.

She says about her art: "My life motto "live wild and dangerous" is also expressed in my paintings. I love to play with shapes and colours. I am curious and experiment a lot.

For several years I have been working on the theme of happiness. For this I have developed a contemporary form of expression. My favourite medium is spray paint, sometimes together with ink and acrylic. The pictures from the series "Glueck und Leben" seem like 3D, but they are painted. The ordered and disordered appear like a parallel to life. Small imperfections are like scars in people - they complete the beauty and guarantee uniqueness.“ 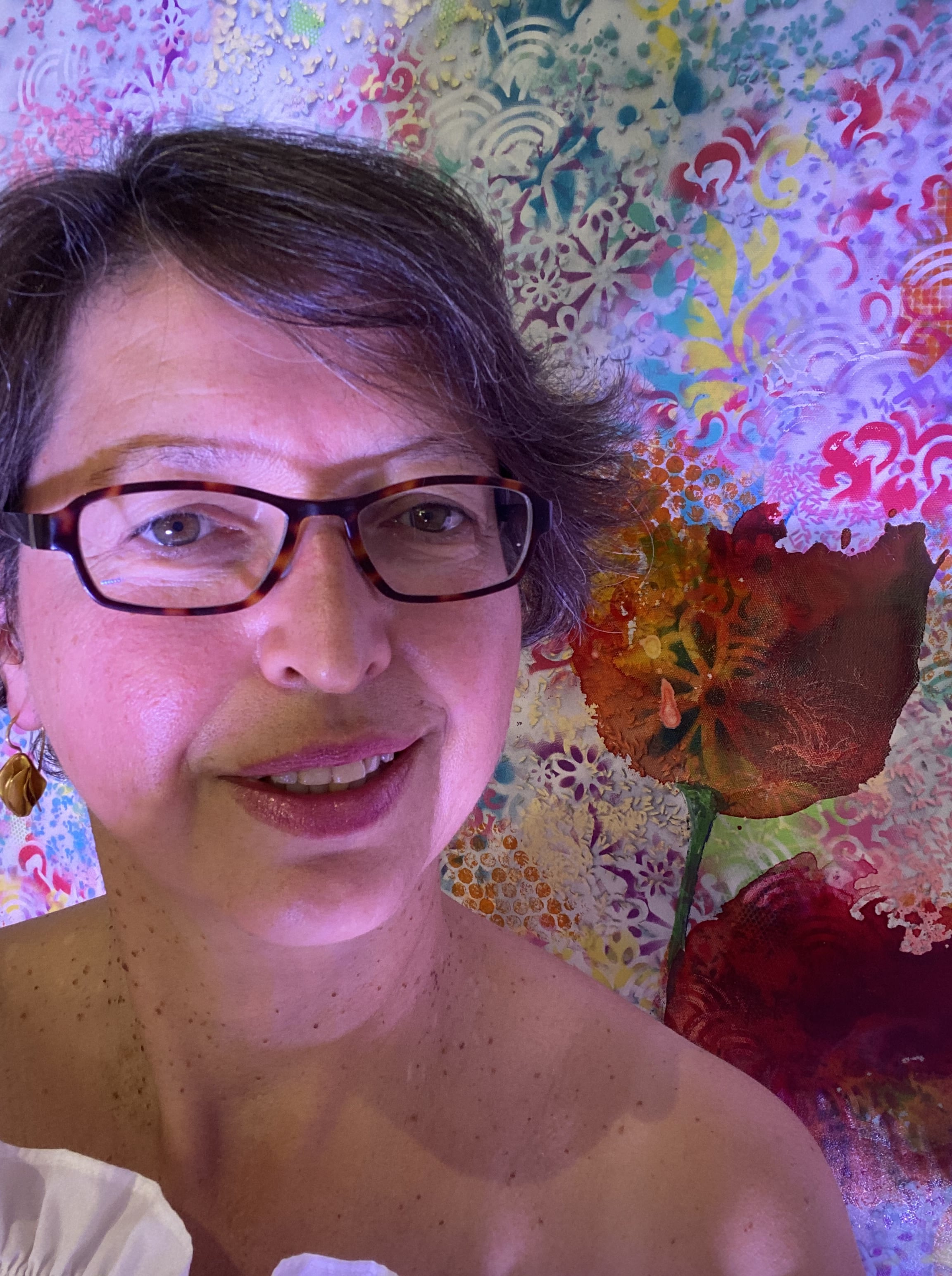 Tournament Manager of the open tournaments

Christian Jochmann works as an application developer in the HR sector and has been active in chess in Lünen-Brambauer since he was twelve years old. He founded the Doppelbauer Brambauer club in 1995 and has been its chairman ever since. Since 2010 Jochmann has also been the 2nd chairman of the Dortmund chess community. Thus, his focus is on popular chess in Dortmund and the surrounding area. For the Dortmund Chess Days, he will be particularly concerned with the topic of protective measures against the Corona pandemic for all those involved. From 2022, Jochmann will also take over the tournament management of the planned open tournaments. 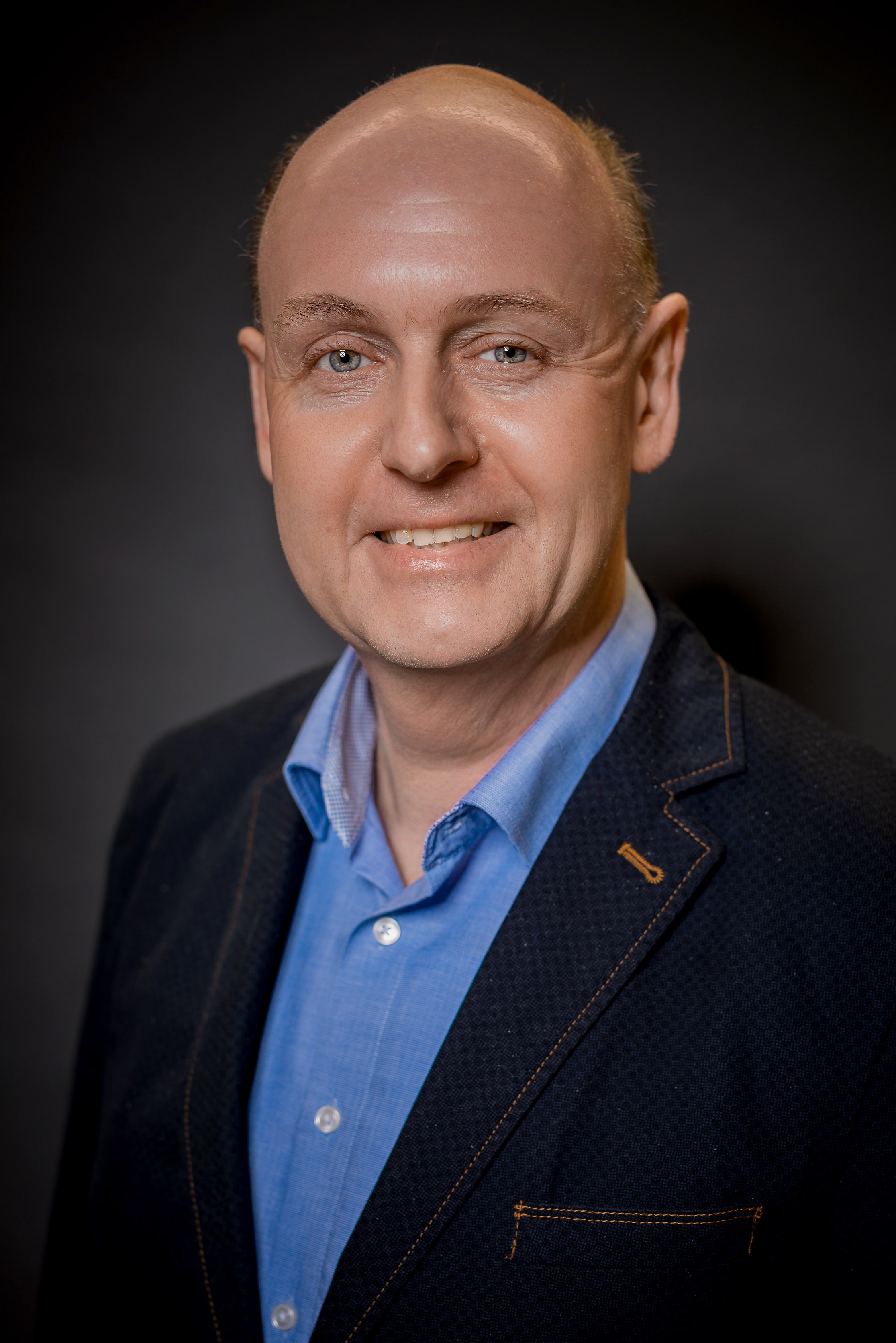 Christian Lünig has many years of professional experience as a photo designer and photo journalist, including in the field of major events. Lünig originate from the region and earned his diploma in photo design at the FH Dortmund. In recent years, he has won various important prizes and focuses on innovative subject areas in his exhibitions and work. Lünig was already at the historic tournament in 1992 with the winner Garry Kasparov in the Westafalenhalle and will take care of high-quality tournament photography in 2021, so that the whole world can participate in the atmosphere of the Chess Days. 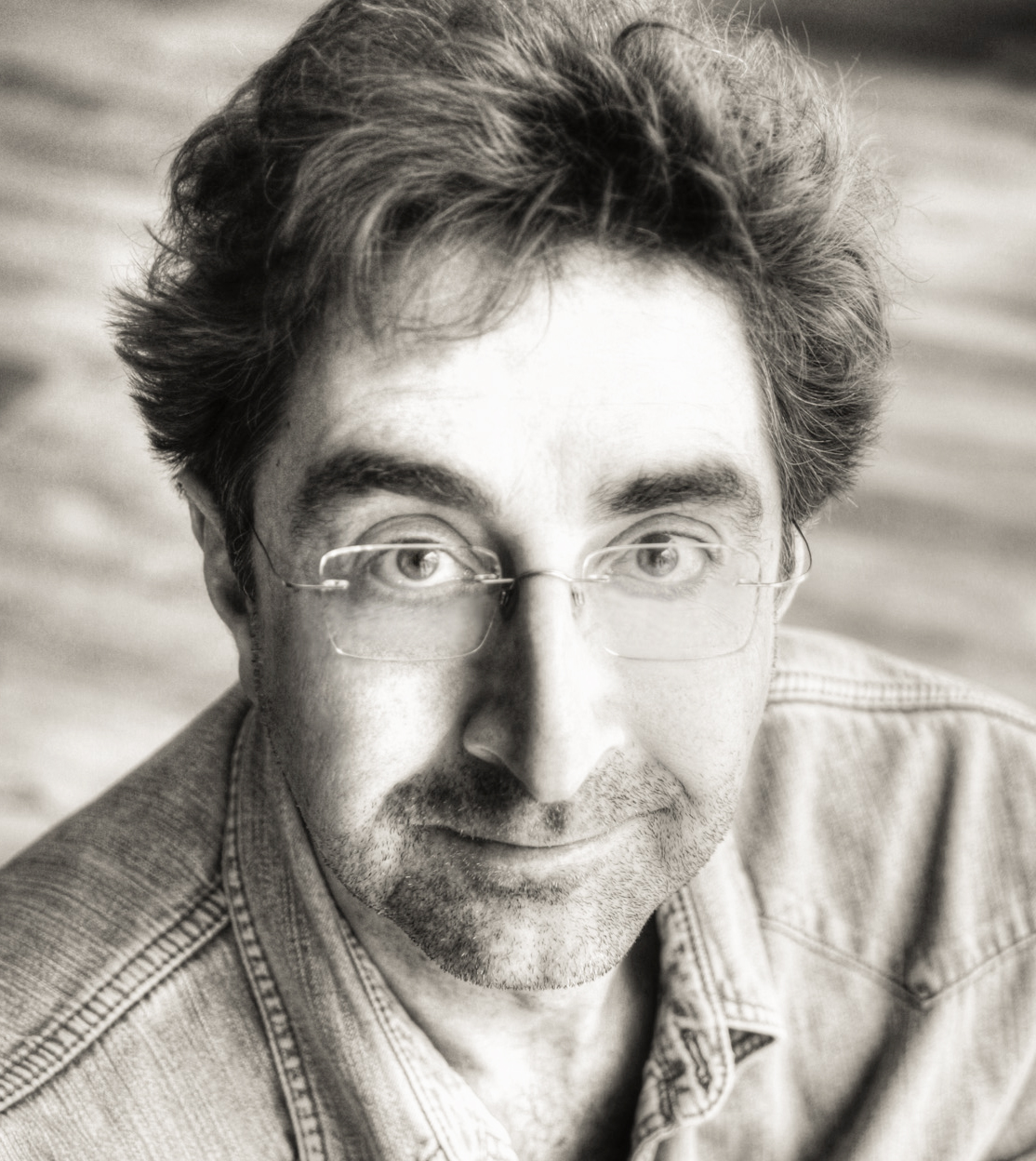 After his studies, Dr. Christoph Weber worked as a specialist in internal medicine with several years of experience in oncology and cardiological intensive care medicine. He then became involved in clinical research in the field of drug safety. In 2004, he decided to return to working directly with patients. Since then, Christoph Weber has been a general practitioner, internist and proctologist in the "Rheinlanddamm Practice" in Dortmund.
After years of club sports in basketball and tennis, he continues to be active as an endurance and recreational athlete. In chess, as the proud owner of a Star Trek 3D chess set, he is an amateur admirer of the top players.
Dr Christoph Weber is a member of the Association of German Internists, the German Medical Society and the General Practitioners Association. 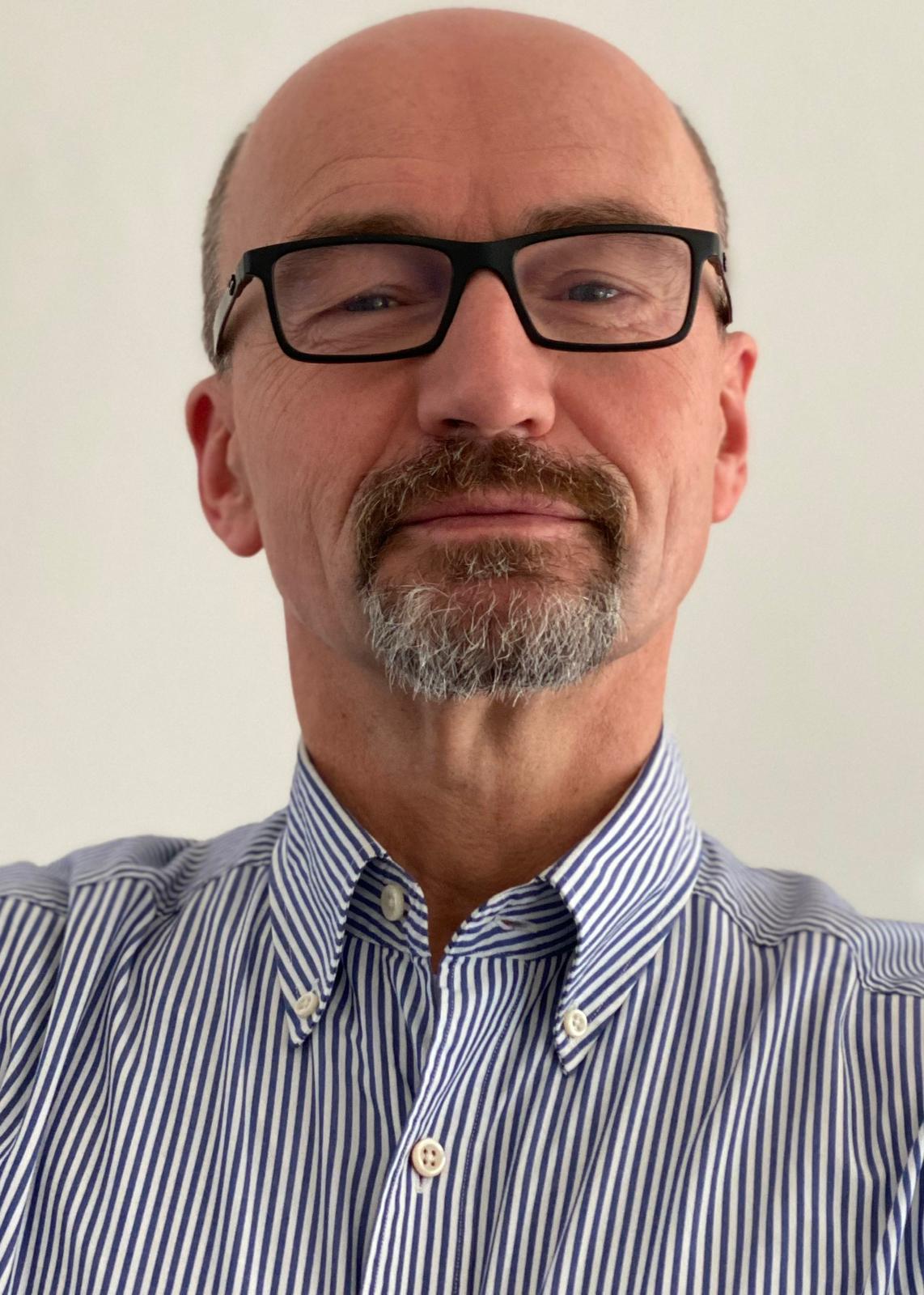