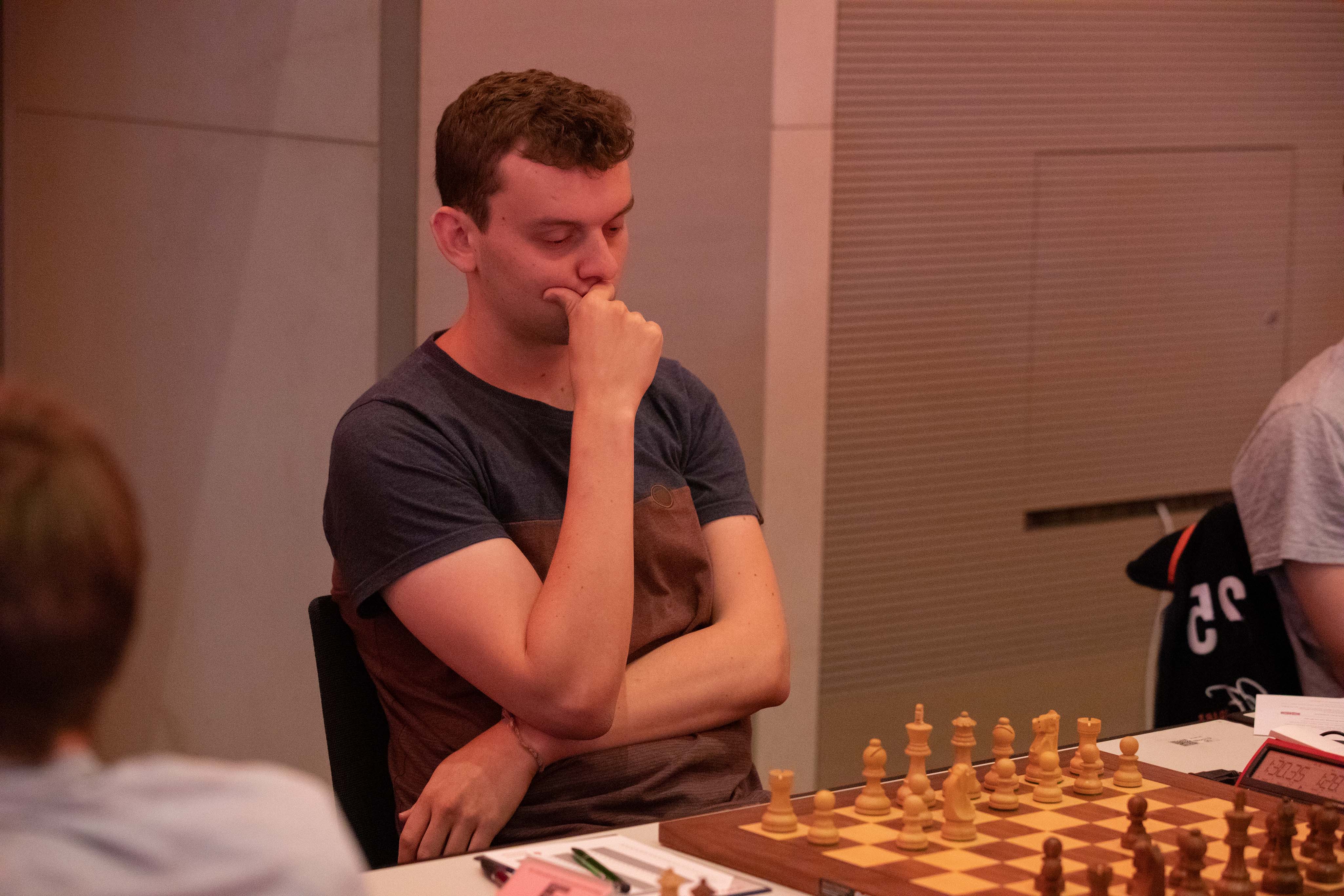 The A-Open of the International Dortmund Chess Days is almost decided by GM Max Warmerdam's draw. Behind him, Jasper Holtel in particular is attracting attention. 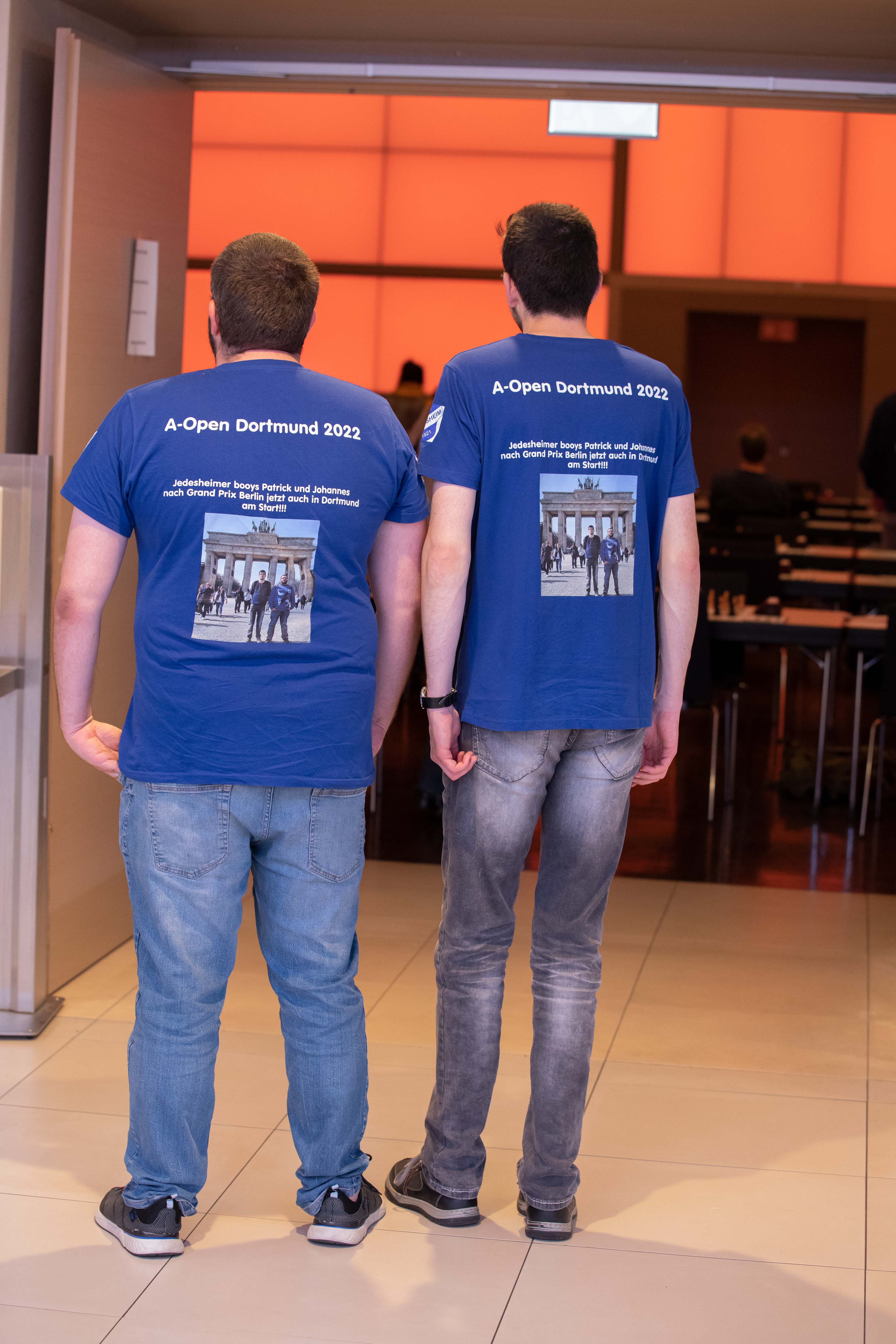 After turning down an early draw yesterday and winning, Warmerdam was very happy with a draw against GM Andreas Heimann today. Heimann accepted the draw offer after 13 moves with Black. Warmerdam thus leads by one point before the last round and the tournament win will hardly be taken away from him on Sunday from 13:30.

The other chasing duel between FM Jasper Holtel and GM Tornike Sanikidze also ended in a draw. Sanikidze had an advantageous bishop ending, but it was not enough to win: Partie

Holtel now has 5 wins and 3 draws, two of them against grandmasters. On board 3 there was even more in it for the outsider Jeremy Hommer against IM Thomas Beerdsen than the move repetition in the complicated endgame. There was another surprise on board 5: 13-year-old FM Shreyas Royal defeated GM Daniel Hausrath in a mate attack: Hausrath - Royal