"I want to play to the best of my ability"

Dortmund 1992: In the Westfalenhallen Dortmund, the world champion Garry Kasparov sits at the board against the 18-year-old grandmaster Gata Kamsky and plays his feared King's Indian with Black. However, Kamsky gets involved in the main lines, Kasparov brings an innovation on move 20 with a bishop sacrifice. Kamsky reacts cool, Kasparov puts a second minor piece into the bargain and the white king is bare. But Gata Kamsky defends himself precisely, fends off all attacks and the World Champion concedes defeat after 38 moves! 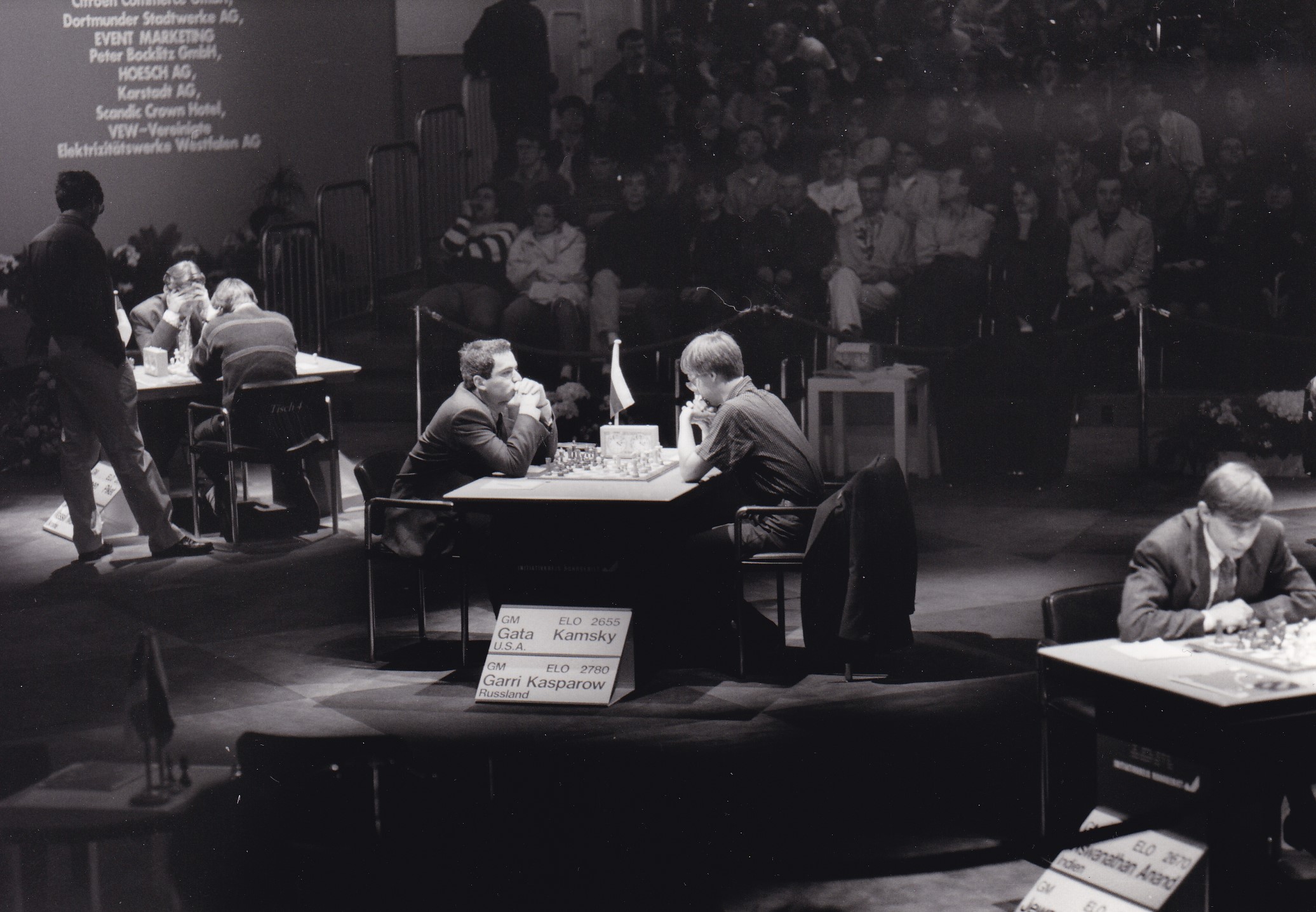 Photo: Press Office of the City of Dortmund

In the following years, the young US American was among the world's best, only losing to Anatoly Karpov in the final of the FIDE World Championship cycle and also reaching the candidate final of the PCA World Championship, where he narrowly lost to Viswanathan Anand. After a temporary break from professional chess, Kamsky has been very active again in recent years, also in the German chess scene; he is a member of the Bundesliga team SF Deizisau. And so he fits perfectly into the high-class field of participants in the Germany Grand Prix and will be sitting at the board in Dortmund in July!

We spoke briefly with Gata:

What are your personal feelings in connection with Dortmund?

"My personal feelings about Dortmund are, of course, first and foremost connected with my only victory against the then World Champion and legendary Garry Kasparov. The last time I played in Dortmund was last century, I think, so I'm looking forward to returning this year!"

How has your life as a chess player changed because of Covid?

"Life as a chess player changes quite simply through Covid. No tournaments, no income, I have to resort to playing chess online and competing with thousands of players for small prizes. I've also started streaming on a part-time basis." (https://www.twitch.tv/igmgatakamsky)

What are your goals for the Dortmund tournament and 2021 in general?

"Goals for the Dortmund tournament are to play to the best of my ability and hopefully create games that inspire and motivate other players. Goals for 2021 are to survive and hopefully return to live chess at the board!"

So chess fans can look forward to Gata Kamsky's games in Dortmund and in the meantime watch him play online chess on his personal Twitch channel.