AlphaZero and Kramnik analyse the match 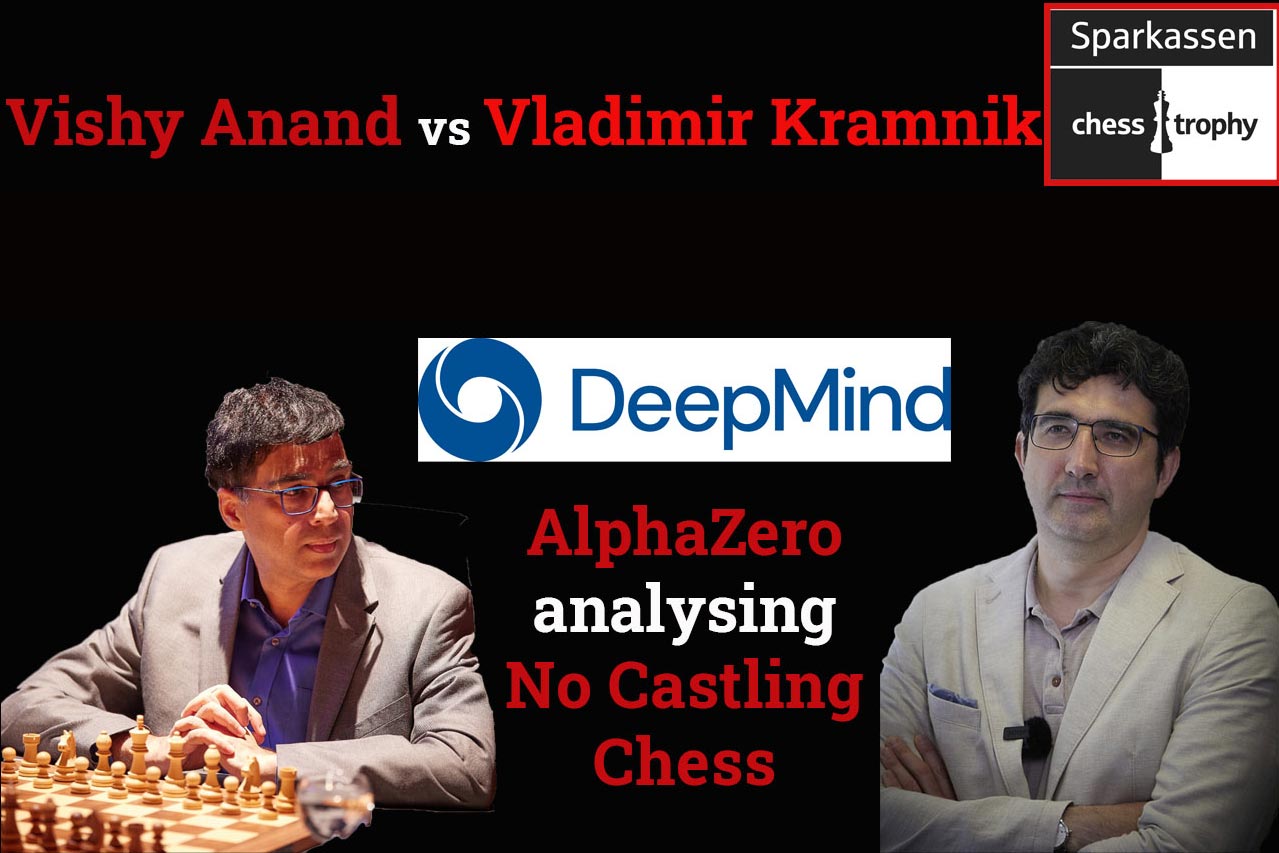 Alpha Zero analyses games of the No Castling World Masters

For spectators and players alike, the games in the first World Masters of the Sparkassen Chess Trophy in no castling chess between Vladimir Kramnik and Viswanathan Anand were something very special. Both players already gave insights into their thoughts after the games on the YouTube channel of the International Dortmund Chess Days.

Now both Vladimir Kramnik himself and the artificial intelligence AlphaZero of the world's leading company in this field DeepMind have taken the time to analyse the games in detail. Ulrich Paquet and Nenad Tomasev were also guests of press spokesman Patrick Zelbel as experts for DeepMind.