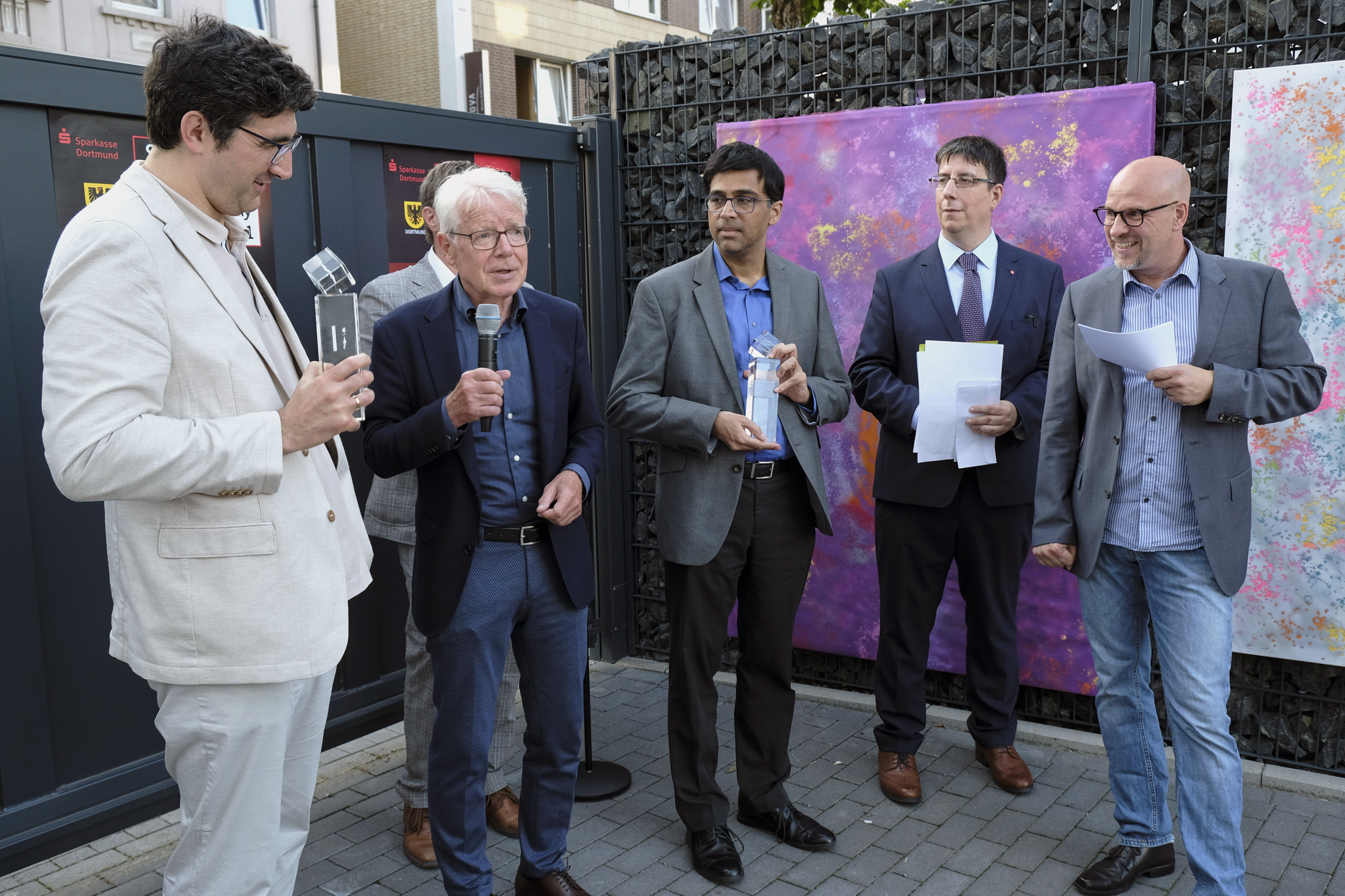 After the decisions in all events had been made on Sunday, the players drove from the congress centre of the Dortmund Westfalenhallen to the nearby Atelier Oecking in Dortmund Huckarde. There, the award ceremony of the 48th International Dortmund Chess Days was on the agenda and the appropriate setting was created by paintings by Sabine Oecking. Mayor Norbert Schilff and Jörg Busatta, member of the board of the Sparkasse Dortmund, attended the award ceremony and welcomed those present. Event manager Carsten Hensel gave a brief positive summary, spoke about the coming years and thanked the main sponsors for their support over the years.

The evening was hosted by Michael Hendriks, well-known radio presenter at Radio 91.2. The award ceremonies were introduced by tournament director Andreas Jagodzinsky.

Viswanathan Anand was honoured by Dr. Reinhard Rauball for his victory in the No Castling World Masters against Vladimir Kramnik. Rauball and Jagodzinsky also thanked the loser of the match with a prize, because both players showed great and innovative chess that thrilled spectators worldwide. 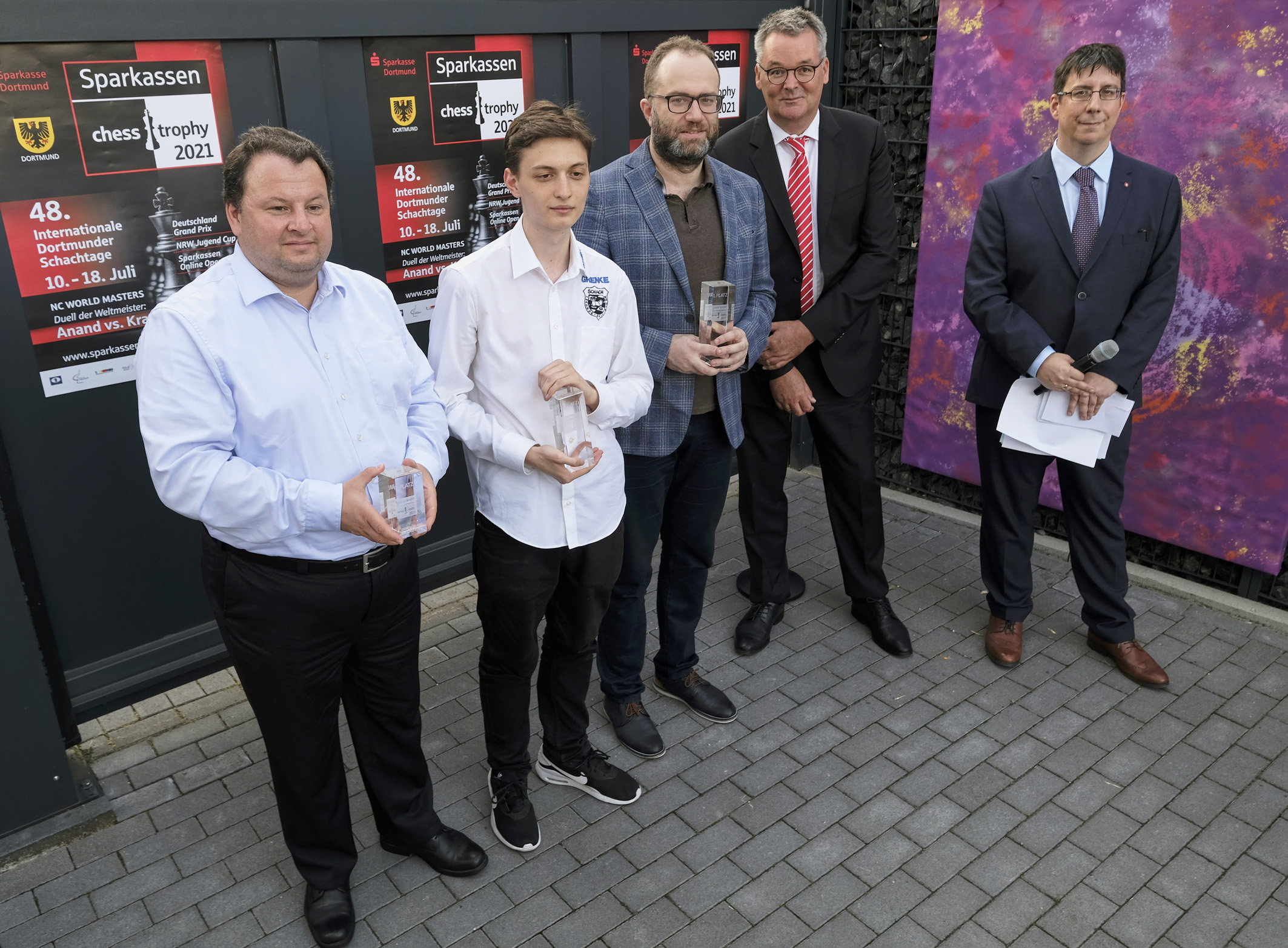 Afterwards Jörg Busatta from the title sponsor of the Sparkassen Chess Trophy honoured the winners in the Deutschland Grand Prix: in third place Daniel Fridman, in second place the surprise of the tournament Dmitrij Kollars and the deserved sole winner Pawel Eljanow. Eljanow's fighting spirit in the final game paid off as he won it after more than 5 hours to win the tournament. Meanwhile, Kollars, who had only just entered the tournament, impressed not only with the result, but also with attractive chess and sympathetic voices after his games. 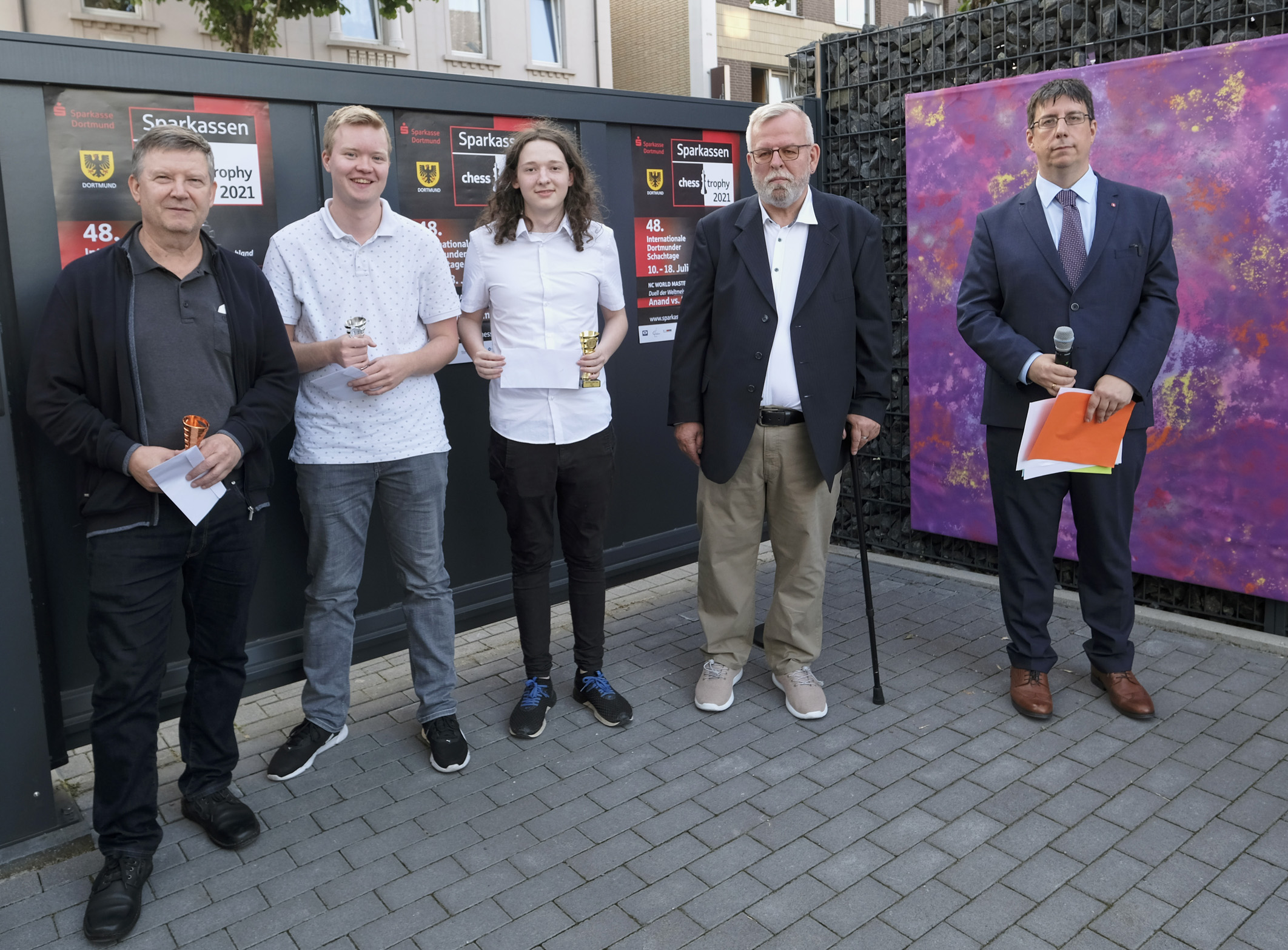 The winners of the Sportland NRW Cup were honoured by the President of the NRW Chess Federation Ralf Chadt-Rausch. Tournament favourite GM Mihail Saltaev was able to finish the tournament in third place. IM Thomas Beerdsen from the Netherlands jumped to second place with a final round win against the well-performing FM Alexander Krastev. The winner FM Ruben Gideon Köllner was not only happy about the prize, but above all about his second standard to achieve the title "International Master".

The Sportland NRW Girls Cup was won by Melanie Müdder in the end in a sovereign manner. Amina Fock played her way to second place with 6 points from 9 games and the better fine score. She overtook the long-time leader Michelle Trunz, who is only 13 years old, in the last round. The winners were honoured by the two living legends Vladimir Kramnik and Vishy Anand and thus enjoyed very special pictures with the world champions. 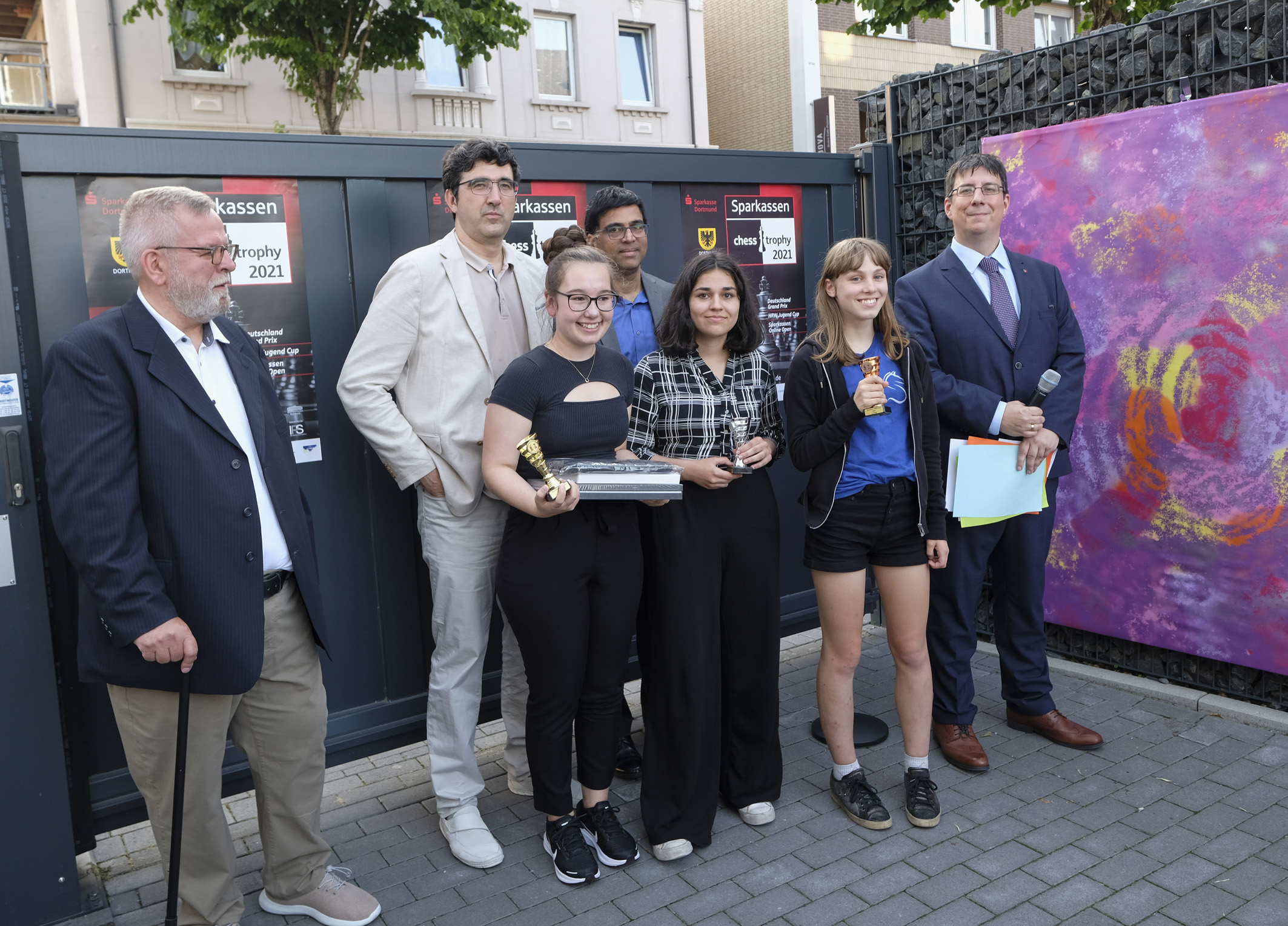