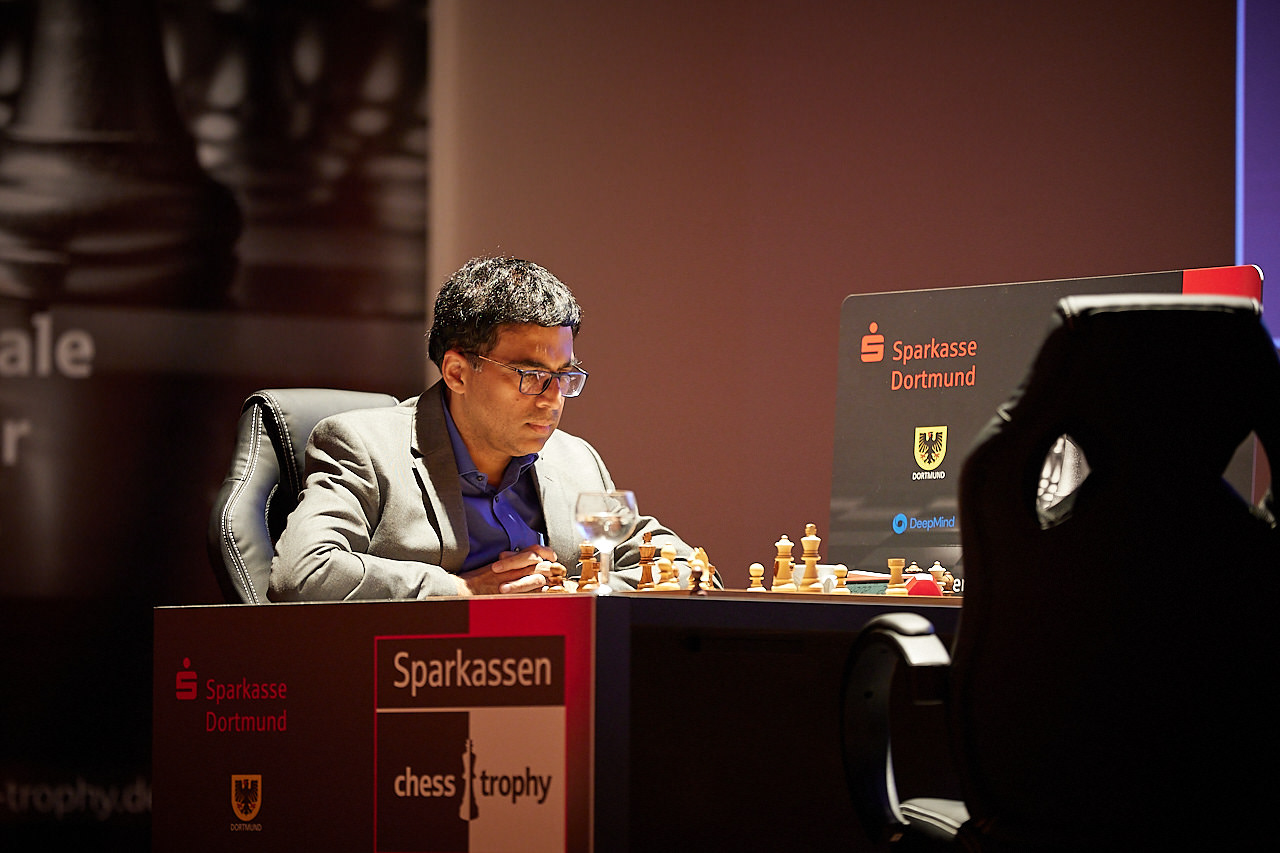 After Viswanathan Anand had a chance to win the match in the third game, he secured the title in the World Masters match at the Sparkassen Chess Trophy with a win in the fourth round. Again Anand came out of the opening phase comfortably, but Vladimir Kramnik played creatively and sparked a kingside attack. Anand found the only defensive moves in the critical phase and Kramnik thus had to settle for a perpetual check. Both players agreed that the Indian absolutely deserved the victory in the match of the 48th International Dortmund Chess Days. The spectators were able to follow all the games live online and were thrilled to see the two living legends play the innovative chess format. 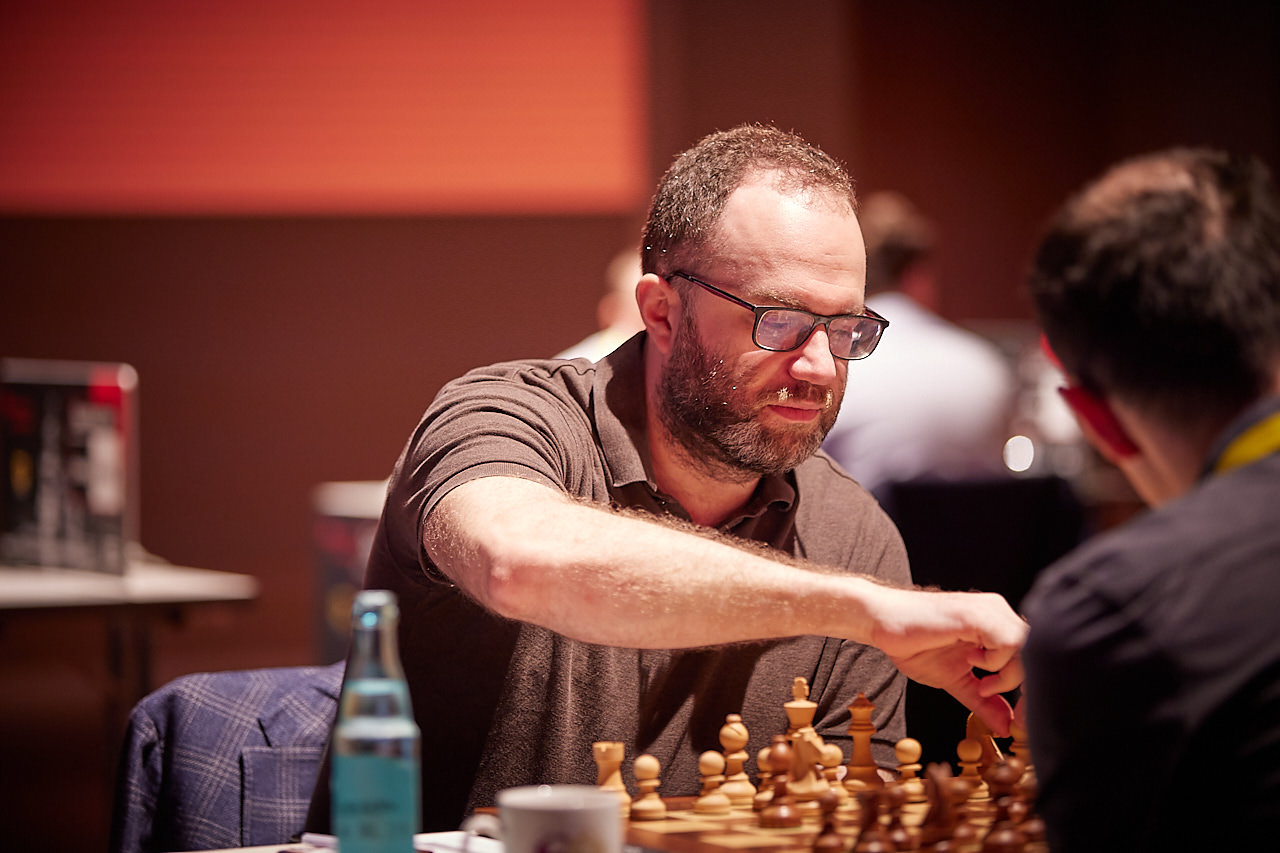 In the Deutschland Grand Prix, which was played at the same time in the Congress Centre of the Dortmund Westfalenhallen, three grandmasters were tied before the last round. Daniel Fridman lacked a bit of energy after the exhausting tournament, so he was satisfied with a draw in the last round. Dmitrij Kollars got a slightly better endgame against Andreas Heimann, who was unlucky in Dortmund. But that was not enough to win, and this game also ended in a draw. This gave Pavel Eljanov the chance to win the tournament alone, as he gained a big advantage in the double-edged middlegame. Rustam Kasimdzhanov defended hard, but after more than five hours Eljanov won the endgame and the tournament as sole winner.

Dmitrij Kollars and Daniel Fridman were nevertheless very satisfied overall. Fridman gave insights after the last round in the video with press spokesman Patrick Zelbel:

Vincent Keymer's good second half of the tournament brought him to the 2600 ELO mark for the first time.

Ruben Gideon Köllner took the lead in the middle of the round robin tournament for Germany's strongest youth players at the 48th International Dortmund Chess Days and never relinquished it. With 6.5 points out of 9 games he won the tournament and achieved the second norm for the title "International Master".

This was not the only norm, Alessia Ciolacu earned a WIM norm, beat IM Dennes Abel in the last round and is happy about a lot of gained rating points.

In the Sportland NRW Girls' Cup, Melanie Müdder won the tournament with a commanding victory over Tamila Trunz. Overall, the girls' tournament was remarkably combative and there were hardly any draws.

Pictures and reports can be found on the tournament website: www.sparkassen-chess-trophy.de