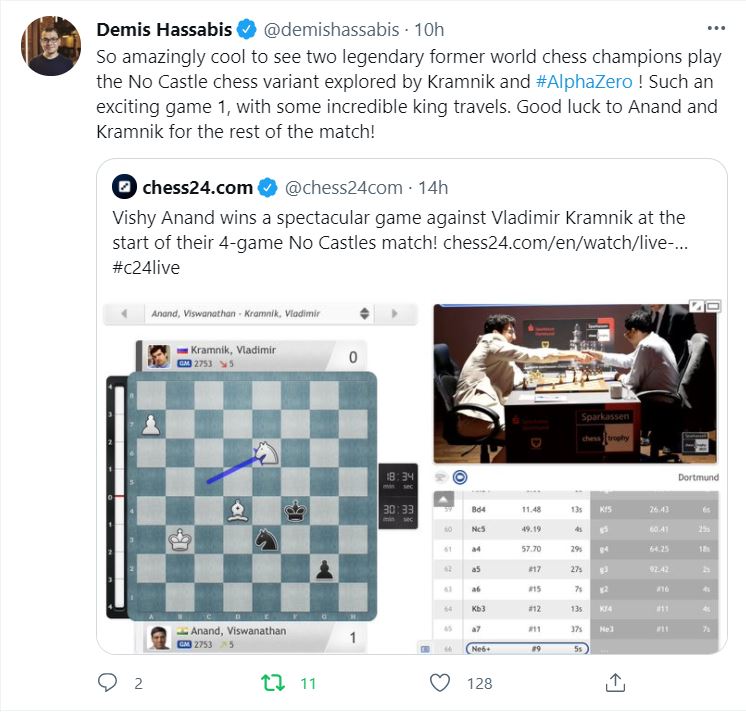 Our partners at DeepMind have also been following the exciting opening match between Viswanathan Anand and Vladimir Kramnik with great interest. Demis Hassabis, CEO of the world's leading artificial intelligence company DeepMind and decent chessplayer himself, got in touch directly on Twitter in the evening.

AlphaZero is analysing the games as announced, so that analyses with the two living chess legends and the leading computer programme for artificial intelligence will be published in the aftermath of the match.
The second game starts today, 15 July, at 4 pm. Kramnik will open the game with White.